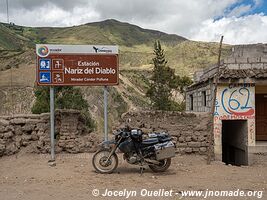 Nariz del Diablo means the Devil's Nose. It's a superb region with fantastic landscapes, but also where the Trans-Andean train was crossing a steep cliff on the old railway linking Quito to Guayaquil.

Before introducing the railway system, here are a few photos of the region where is passing the train, still active nowadays, but only on a small section of its original journey. 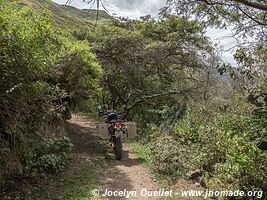 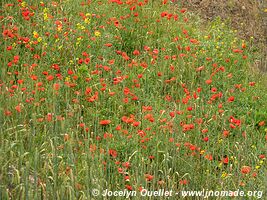 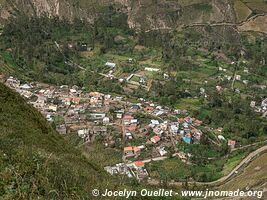 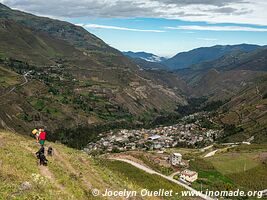 Two months later, the scenery is much drier. 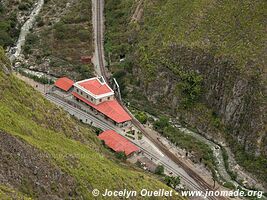 Silambe Station, below the Devil's node.

At the time when the railway was built, there were no roads linking the capital Quito to Guayaquil, the second largest city of the country. The trip used to be 2.5 weeks, but with the train the duration was shortened to only two days. Nowadays, with the highways around the country and high maintenance cost of the railway, the train is no longer a profitable endeavour.

Tourism, however, helped to resurrect a few sections of this old railway system, and the most famous is the Nariz del Diablo. Between the town of Alausí and the Silambe Station, the train must cross an important drop in altitude. To achieve this, the railway engineers have designed a clever system of zigzags on the Devil's Nose.

The town above the Devil's Nose.

On this photo, the Devil's Nose is in front of me, in the middle. The train passes through the valley below.

Now, the Devil's Nose is behind me, and the river and railway coming from Alausí can be seen. 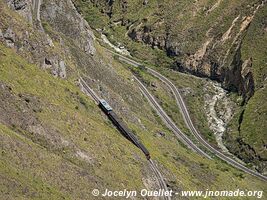 Here is the train reaching the Devil's Nose from Alausí. It's now only a journey of 2.5 hours for tourists. I didn't ride the train since I think it's much more interesting to watch it from atop the mountains or from Silambe train station. In fact, when it's too touristy, I don't like it at all...

The train on the above photo will appear on the upper railway on the photo below, and then descend to the Silambe Station. 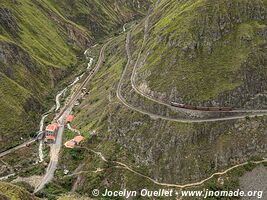 The train must change direction twice in order to climb or descend the mountain. The zigzagging track from Alausí to the Silambe Station is 12.5 km; however, the distance is only 5.8 km as the crow fly.

On the panorama below, one can clearly see the railway meandering on the Nariz del Diablo. When the train reaches the end of the line on the upper-right section, it stops and then continues in reverse direction on the other lane.

The zigzagging track on the Nariz del Diablo. 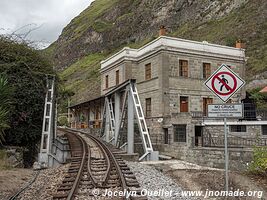 The Silambe Station welcomes the numerous tourists doing the short journey in the train. Now, the station is only a small restaurant, and a place where locals dressed in traditional outfits wait for the tourists in order to sell them some trinkets and to perform a traditional dance. It all look too touristy to me. However, seeing the train descend the mountain and enter the station is quite a spectacular sight. 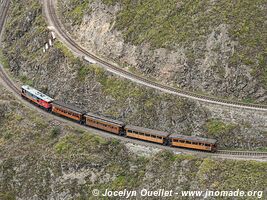 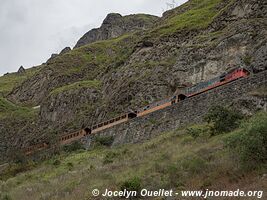 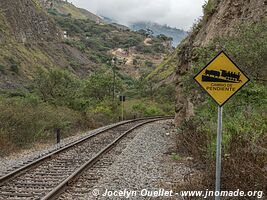 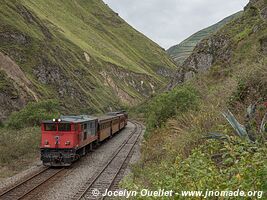 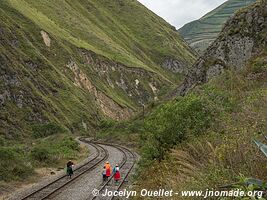 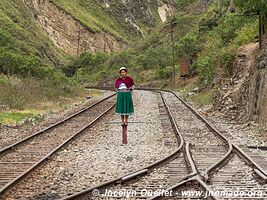 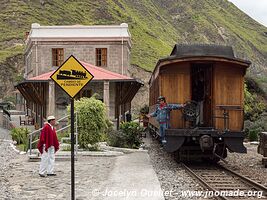 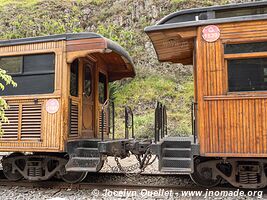 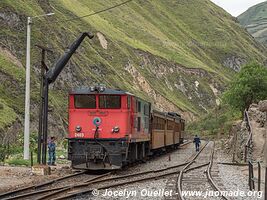 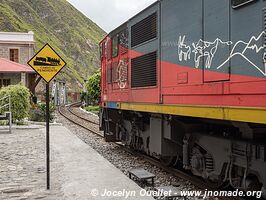 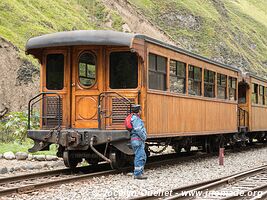 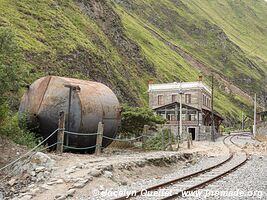 The mountain in the middle of the photo is the Nariz del Diablo. The Silambe Station is also visible.